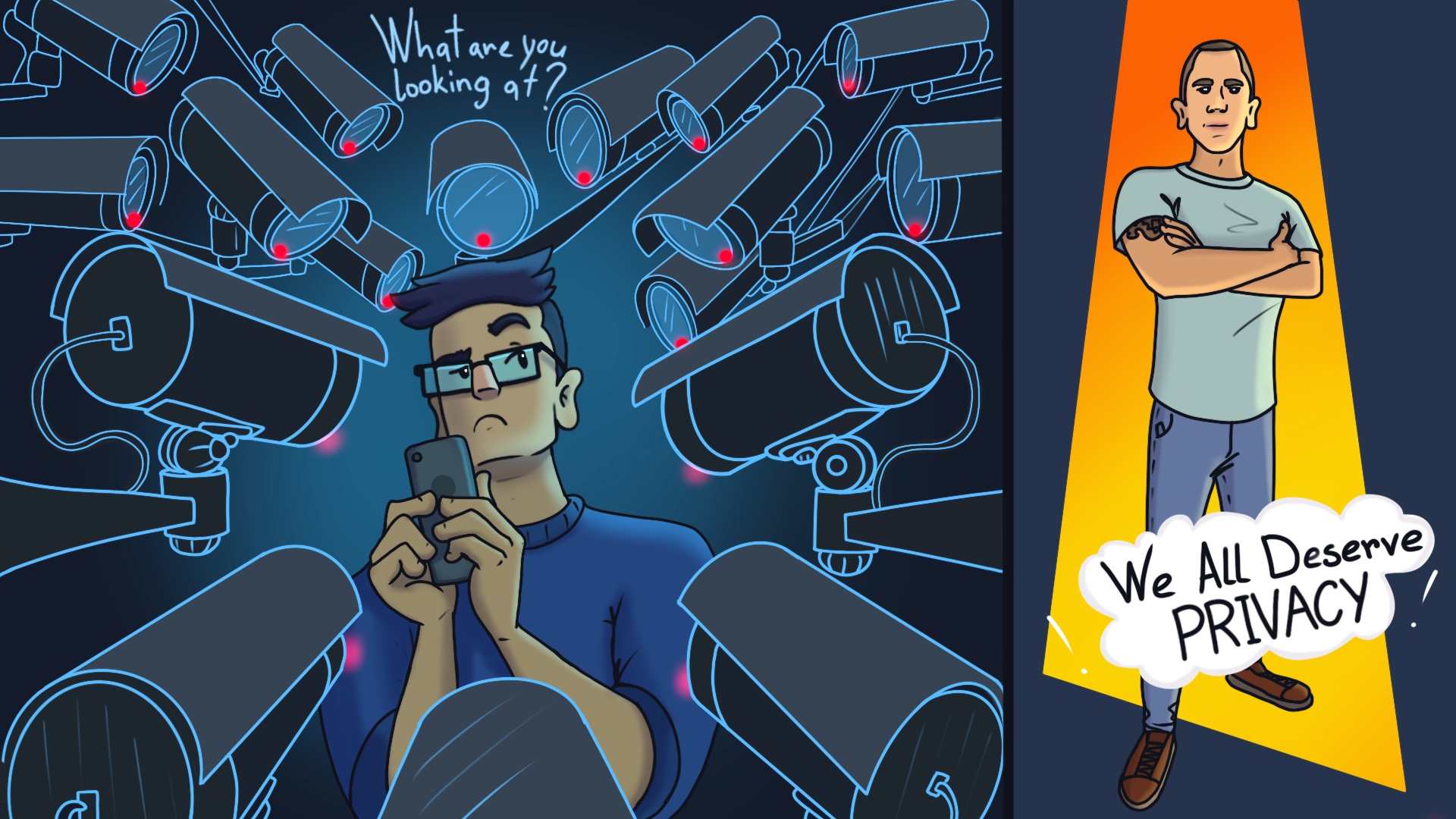 At Stegos, our primary development focus right now is our mobile app, and with it our fully private messaging system. This is a crucial part of our vision, because true online privacy is impossible without private transactions AND private communications working in tandem.

Recently, we shared a video showcasing the current development state of our mobile app. In case you missed it, check out the video below:

Development has progressed significantly since that version, but the following features were already on display:

All the wallet interactions and payments during that video were done live on Stegos mainnet. As you can see, our network is *fast,* thanks to eight-second block times!

The next major milestone is private messaging, both one-to-one and group chat. In the next 2–3 weeks, we’ll be releasing the next video showcasing the core features of the mobile app.

By the end of Quarter 1 (March 31, 2019), we anticipate the public launch of the mobile application. But how can our mobile app help you in your day-to-day life? Why is private messaging so important?

Mobile Messaging for a Private World

There are dozens of privacy coins available today, all with different approaches to keeping your online transactions private. And if financial activity took place in a vacuum, these coins would be sufficient and we wouldn’t be here! But the world is complex, and private transactions is just one small piece of the privacy puzzle.

Below are a few real world situations that Stegos is designed to handle that alternative privacy coins can’t.

Alice just got back from a trip to the UK and experienced real Cadbury chocolate for the first time. You see, Alice lives in the United States, where an import ban on UK-produced chocolate prevents the shipment and consumption of *real* chocolate. US manufacturer Hershey’s creates their own version of Cadbury, using a different recipe and American chocolate (and it’s not nearly the same!)

Alice finds a small UK vendor online. Due to the chocolate ban, both parties agree to deal in a privacy coin. However, paying is only part of the transaction: Alice also needs to provide a shipping address to receive her Cadbury! With a regular privacy coin, Alice would have to go to huge effort to pay for her chocolate, only to then expose her identity when she revealed her address using a non-private messaging service. With Stegos, she can do both in the same app, the information and payment will be sent via the Stegos blockchain, and no-one will be able to see the data (in fact, they won’t even be able to tell which transaction was the payment and which was the message!)

For individual purchases, this likely isn’t a huge liability. But perhaps Alice is a major purchaser — let’s say she owns a convenience store. Law enforcement may be watching her activity for identifying information, such as a shipping address. If she communicates that over a standard messaging platform, or inputs it into a website form, that information can be (and is routinely) recovered by unwanted eyes.

Instead, she can communicate that sensitive information on-chain with Stegos, through her phone, as a private, encrypted message. Along with her payment, she sends the information directly to the vendor. Even if some unwanted third party is snooping on Alice or the vendor, they’ll be able to uncover nothing.

Chocolate may seem like a frivolous example, but there are all kinds of goods and services which are over-regulated by governments in all parts of the world. People regularly engage in this kind of transaction online, at great risk to their privacy (and sometimes liberty). Stegos removes that risk, in one easy to use app.

Unfortunately, we don’t live in a perfect world, and governments worldwide routinely abuse and oppress their citizens. If you find yourself in such a situation, you and your peers may feel inclined to protest. But this is often a risky proposition, even in countries where the right to peacefully protest is theoretically guaranteed by law.

Standard practice is to organize and plan the time, location, and message for the protest to take place. Since internet access may be monitored or restricted, group messaging often feels like the safest bet. However, mainstream apps such as WhatsApp are heavily monitored, meaning identities can be revealed and protests squashed before they even begin.

Even services designed to be secure are routinely breached. Telegram, for example, has a major exploit where users can reveal identities of group members by cross-referencing associated telephone numbers with their address book. If a government tracks the phone numbers of its citizens, they can build a complete picture of everyone participating in the group.

This is not possible on Stegos. In addition to one-to-one private messages, users can also create and organize themselves into private group chats. Just like direct messaging, group chats are on-chain, private, and secure. They aren’t linked to phone numbers and can’t be tampered with. They can’t be shut down, and most importantly, governments can’t access them or mine them for data.

It’s common practice for companies to provide their employees with work phones. This might seem great for workers, but it often comes at a cost, as the company can and will routinely monitor and address “inappropriate” habits.

Perhaps one day you decide to start looking for a new job. But you’re not sure: you just want to see what your options are. If you catch the interest of another employer, it’s inevitable you’ll want to communicate with them in some for or other. At the very least, they’ll have to schedule a time for a phone call or meeting.

If your current employer reads your communications, they may be inclined to take action. They could fire you, or put you in a position that makes it more difficult to quit. And this is just one of the many scenarios where an employee might want to communicate without their employer knowing about. Employers, especially in countries with lax employee protection laws, have a huge amount of power which places workers at a significant disadvantage. Private communication helps tips the scales back into balance.

Even if someone is using a third party device, like a company phone, Stegos messages remain private to just them and the intended recipient. If an employee is ever in a position that they feel their company is monitoring their communications, and would prefer not to endorse that surveillance, they have a safe haven in Stegos.

Plenty of crypto projects have tried to provide privacy, but the result has always been extremely complex and focused solely on transactions. This completely ignores how normal people live their online lives. Stegos provides vital private communications to bolster private transactions, in a package that anyone can use.

How do you see Stegos improving your day-to-day life?